I recently went on one of my favorite cross county mountain bike rides and dropped down to see how the Tumalo Irrigation District Feed Canal piping is progressing.  Here is a photo of a section that has been finished.  The old canal is now lined with a pipe buried under all that dirt. 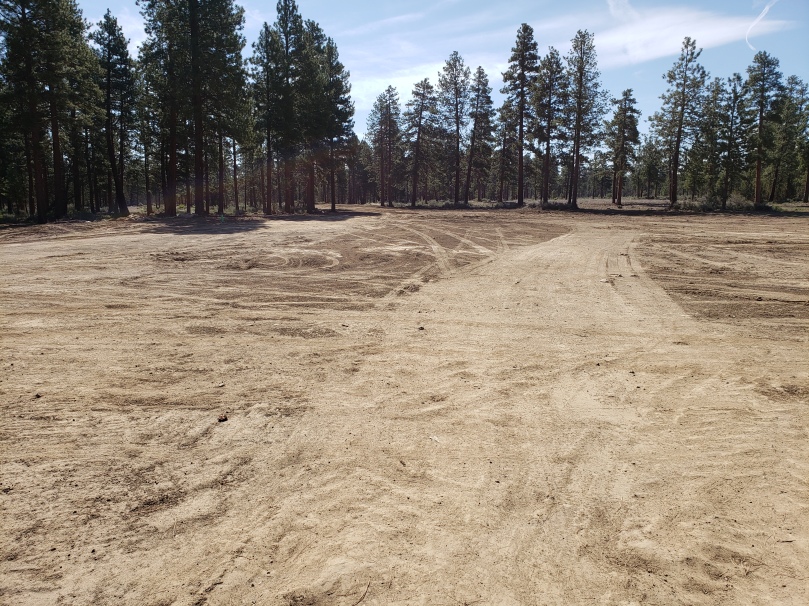 Nearby, however, a “lateral” canal branches off the main canal to supply irrigators and continues to flow in the century old manner, through a porous, open canal. 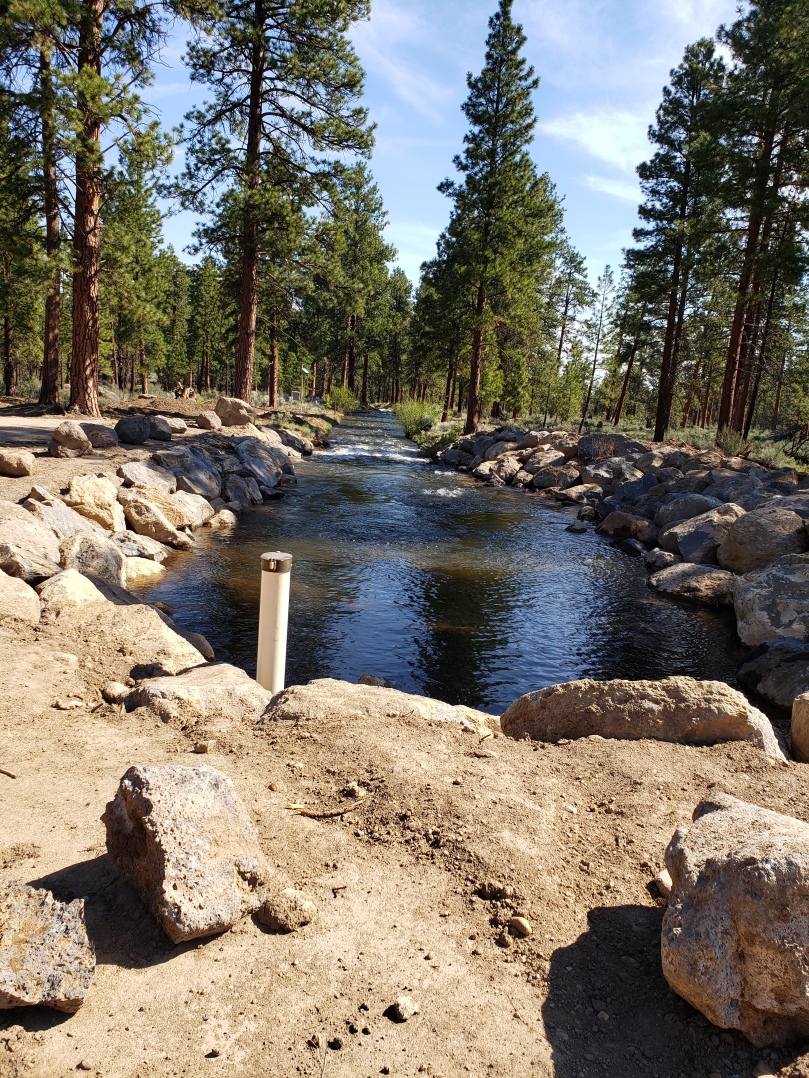 Main canals are owned by irrigation districts which have raised taxpayer money for system upgrades. Lateral canals are typically owned by the “patrons” (individual irrigators) on the lateral. These canals are not getting piped, so water loss from canal seepage continues.  The recently completed Basin Study Work Group showed that addressing lateral canals and on-farm irrigation efficiencies would generate greater water savings at lower cost.  The irrigation districts, however, are focused on taxpayer subsidized main canal piping projects.  I guess everyone likes to use other people’s money to their own benefit.

I rode a little way over the top of the main canal and was confronted by homeowners who were very upset that I was there.  I did not see any private property signs but apologized and left.  Nevertheless, one homeowner sent his very fast dog after me.  I understand their anger.  They have been living with a huge construction project cutting through their property at the same time that the forest around them is being heavily logged for “thinning”.  Their little slice of heaven has not been heavenly for some time.  Just a word of caution if you venture out there.

Follow Central Oregon Informed Angler on WordPress.com
Back to top